Most of BBQ Smoking efforts to date have been pretty straightforward. Basic rubs and some homemade sauces. Nothing fancy. But once I got to version 6 of my smoker I thought I'd raise the bar a little and go for the big one: Bone-in Pork Butt with Green Apple and Crushed Hot Red Pepper (using the related APL BBQ Sauce). The Adam Perry Lang stuff is supposed to be very good ... after all, this is a Grand Championship winning recipe.

Lot of work, but what the hell.

There's not a lot to write about this since it's really just following the recipe, but you may enjoy the pictures.

Got a nice 7lb Boston Butt from Gateway Meat Market 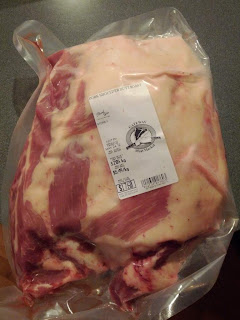 Started with the injection ... really got to work the needle around to make sufficient pockets in the meat. 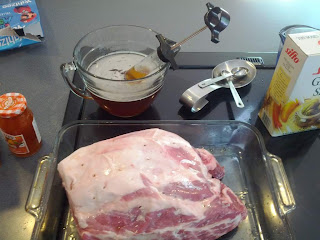 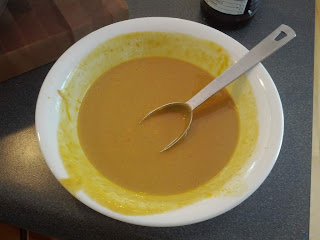 The Seasoning Blend. Cooking 101, never measure your ingredients over the bowl. When I'm doing curries or rubs I prefer the plate method ... easy to double check your proportions and you can always correct mistakes. 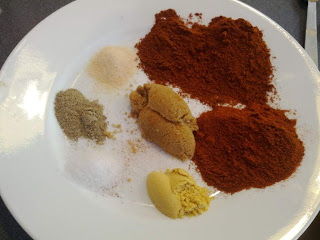 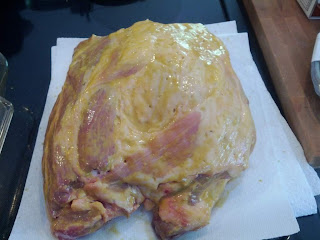 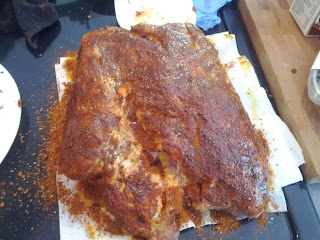 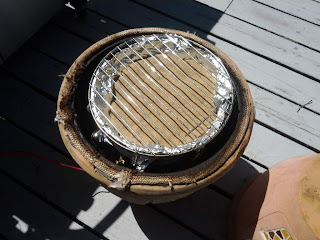 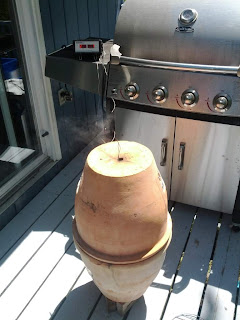 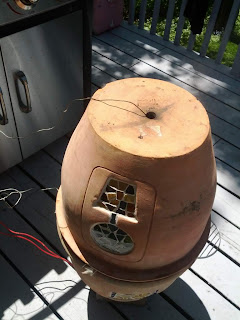 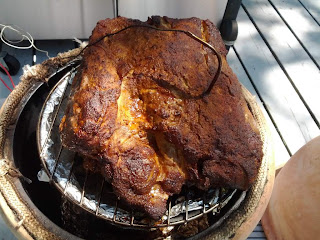 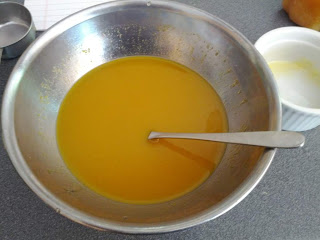 The APL BBQ Sauce (which is really awesome even by itself, let alone as a base) ... 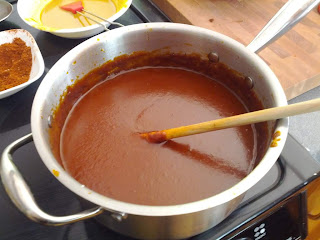 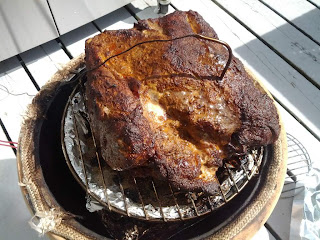 Nearly cooked at 9hrs, 193F exactly ... Foiling and with the Wrapping Mixture, ready to rest in the cooler. 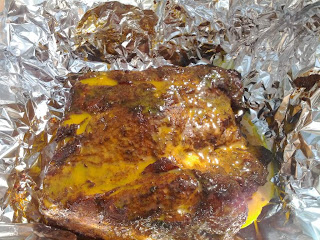 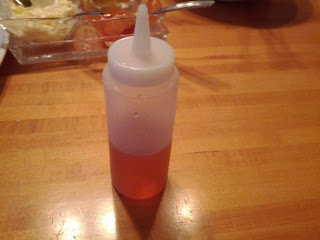 About 12hrs total ... done! This is after a last re-seasoning and with the BBQ Sauce Glaze hardened. 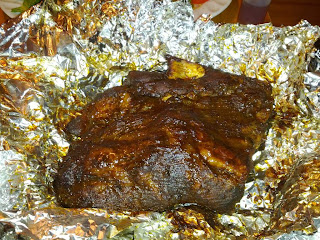 Worked like a charm! All the efforts to increase the heat flow to the top chamber worked perfectly. The temperature held at a perfect 250F the whole cook. It was truly set and forget. I also used a lot more sand than previous times. This made a big difference. No blue smoke and the cooker recovered to the hold temperature much faster after the lid was opened. I just need to refine the construction a little and make a table for it. Very happy with the state of it right now.

Final Thoughts on the Recipe

Not. Worth. The. Effort.

I would have loved to say this was the most phenomenal thing in the world and the apple flavor dominated the pork ... but it didn't. In fact I found very little difference between all this song and dance and my more basic seasonings. Also, the portions for each of the ingredients are way too high. I had lots of waste.

That said, the APL BBQ Sauce base is something I'll use again and the rub was pretty good.

The resting in the cooler and plastic wrapping the meat is a very good technique as well. I kept the temperature probe in the meat during resting and it increased a solid 10F during the rest to peak at 203F. Pretty neat.

A fun experiment with mixed results in my opinion, but that's what this game is all about.