The Quest for the Golden Banana

The Girl (10yo) invented a board game out of The Boy's Lego set. Turns out it's pretty fun, so I thought I'd share it here.

Simple square board, first one to do a full lap around it wins The Golden Banana. But there are hazards! 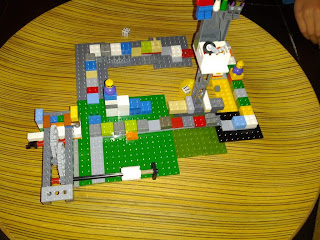 The game supports up to four players. To start everyone picks a minifig token. 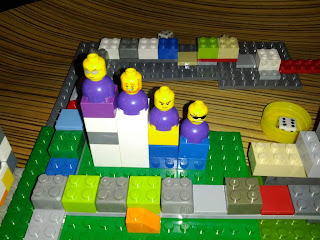 And everyone rolls a die to determine their starting position behind to flag. For some reason there is only room for three minifigs here, but I'm sure that's easily remedied. 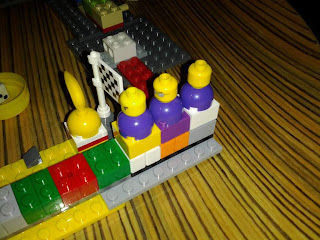 The lead player starts by rolling a single die and moves that many spaces. If they land on a green square, on their next turn they move backwards the die roll. Otherwise they move forwards. 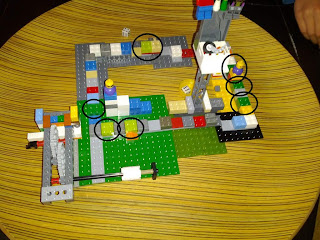 If they land on a slippery square they miss their next turn. 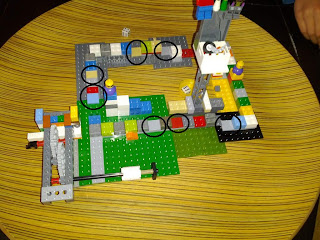 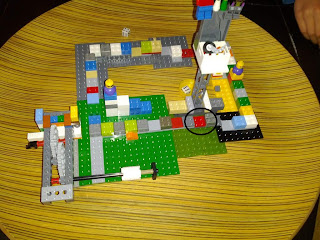 The Wheel attaches to the bottom of your minifig and you move 2x the die roll. If another player faces The Brothers and rolls an even they take your wheel from you. 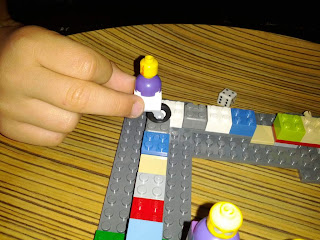 But if roll an odd and get the dynamite your head catches on fire and you miss 3 turns. The Brothers can be nasty. 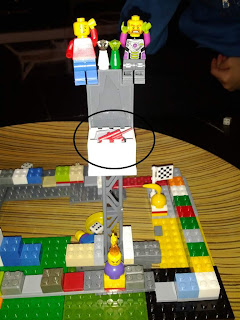 Another hurdle is The Silly Spinner. If you land on this blue square you get to pick another player and stick them to the Silly Spinner. They get so dizzy they get lost and need to start at the beginning again. A terrible fate since there are so many green squares near the start. 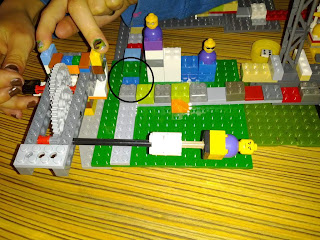 If you make it all the way around, you win The Golden Banana and have full bragging rights. 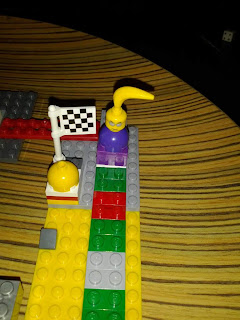 I was pretty impressed. It's a quick, fun game. I'm sure there be revisions to come. The Boy says he likes it better than any of the real Lego board games.